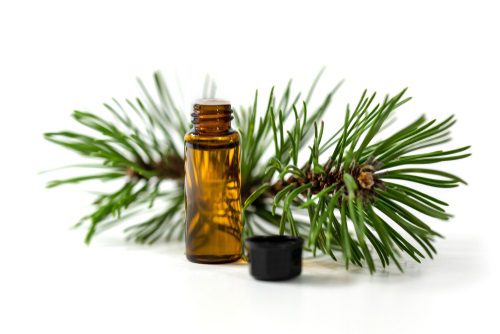 An informational guide to Pinene, the terpene or essential oil, found within MAC’s small batch cannabis.

Terpenes are the aromatic oils that give each strain their aroma and taste. Pinene, as the name suggests, offers a distinctive pine scented aroma. Of the many terpenes found naturally in the world, only a handful are considered “major”.  Pinene, like myrcene and limonene, when present in large enough quantities, deliver a discernible medical effectiveness.

Pinene is one of the hundreds of terpenes found within the cannabis plant.

The predominant type of pinene in cannabis, alpha-pinene, is also the terpene that may offer the most therapeutic and medicinal benefits. Additional research has shown that alpha-pinene provides potential benefits acting as an anti-inflammatory, anticancer and antimicrobial, in addition to providing respiratory relief and providing neuroprotective properties.

In 2015, researchers published a study in the American Journal of Chinese Medicine which states alpha-pinene’s ability to exhibit multiple anti-inflammatory properties in animal cells. In addition to that research, the British Journal of Pharmacology published a study in 2011 finding pinene to be a powerful anti-inflammatory agent capable of delivering relief to patients with cancer, multiple sclerosis, Chrohn’s disease, and several other conditions that feature a root cause of inflammation (even if the inflammation occurs at the cellular level, such as in cancer).

In 2013, a study found that pinene reduced the size of cancerous tumors and its therapeutic use as an anticancer agent show promise as an effective cancer fighter. Studies in animals have concluded that both alpha and beta-pinene have significant anti-tumor properties appearing to have synergistic effects when consumed together.

One study published in the Swiss scientific journal, Molecules, tested the ability of both alpha and beta-pinene to fight Candida Albicans, a yeast fungus found in the human gut flora, that can be harmful if there is an overgrowth. The results of this study concluded that pinene was a powerful tool in combating this fungus. Because of Pinene’s antimicrobial abilities, this powerful terpene is commonly used as a topical antiseptic, making it potentially effective in treating bacterial and viral infections.

Animal studies suggest that the uplifting effects felt by cannabis could be due to the presence of beta-pinene and linalool. Beta-pinene appears to produce these effects on mood in a similar way that antidepressant medications work. Some users experience paranoia and negative thoughts when consuming large quantities of tetrahydrocannabinol (THC). Pinene has exhibited effects that buffer the effects of THC, aiding users stay calm and relaxed while still enjoying THC’s psychoactive effects. This is an example of the entourage effect, in which cannabinoids and terpenes modify and buffer the effects of one another.

Many assume pinene is abundant in strains that smell like pine, but this isn’t always the case. No matter how great your sense of smell is, always refer to the test results on the container. MAC’s variety of small-batch cannabis offers high quality flower with full test results listed on the menu and the container. Some of MAC’s favorite high pinene strains are Berry Chill #7, Queen Mandarin, Harlequin, Punch Breath and Jack Herer.

Stay tuned for upcoming blog posts that dive deeper into each individual terpene found within MAC’s house strains or come spark up a conversation with any of our agents!

ALL INFORMATION DISPLAYED ON MASSALTCARE.COM IS FOR EDUCATIONAL PURPOSES ONLY, AND IS NOT TO BE TAKEN AS MEDICAL ADVICE OR TREATMENT FOR ANY SPECIFIC PERSON OR CONDITION. THERE MAY BE HEALTH RISKS ASSOCIATED WITH CONSUMPTION OF THESE PRODUCTS.